It’s that time of year again! The wonderful, whacky Fremont Solstice Festival and parade.  We were a little more organized this year and set up a couple of chairs to ensure we had a good view of the

As usual, the parade starts with several hundred naked bicyclists, skate-boarders, roller-bladers and walkers – most with body paint, but some who figure they don’t need it.

This is followed by the official parade with marching bands, floats and what seems like any odd assortment of people who want to march together. 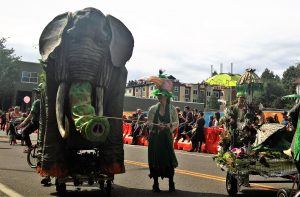 The weather held up reasonably well and although we had some rain sprinkles, it was mostly dry and a very comfortable temperature. 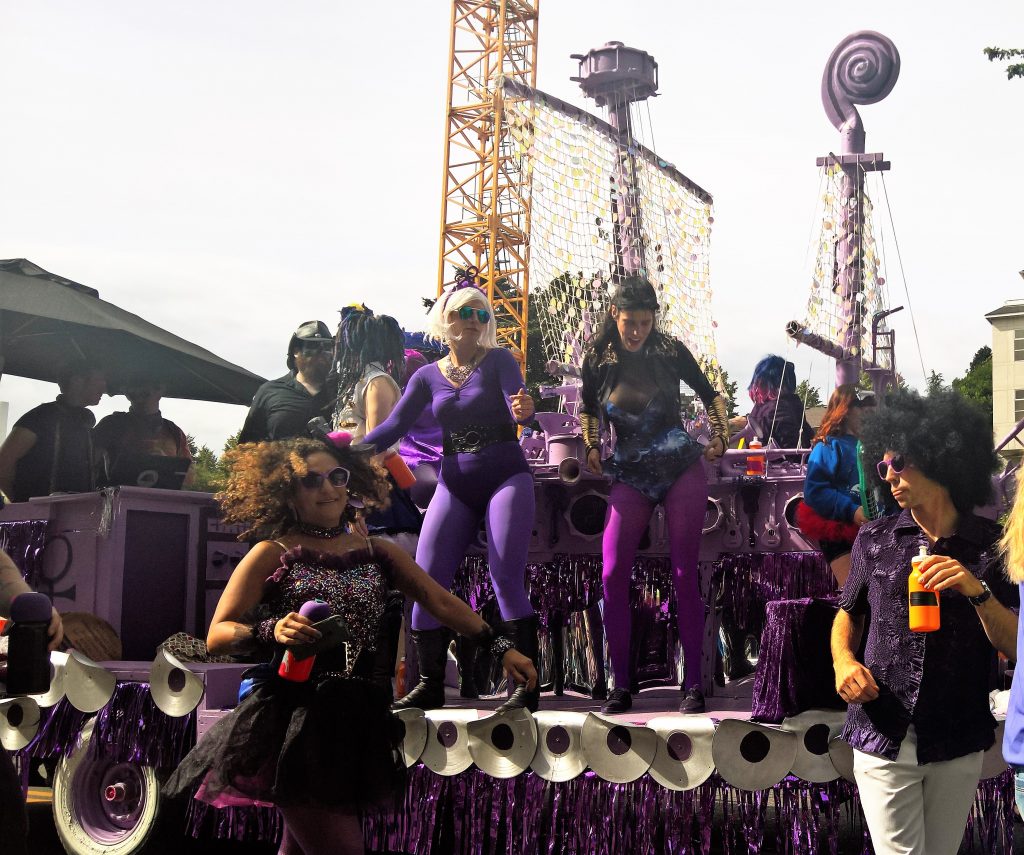 The floats were quite colorful, some had music including one with a rock band and they were interspersed between the marching bands.

For some reason I was getting a number of high fives (including during the naked bike parade) from the participants as well as a hugs from female paraders (fortunately they were of the clothed variety). 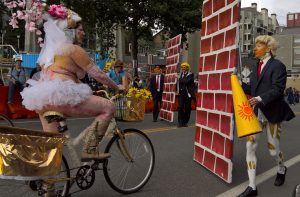 There was also a few Trump impersonators who were quite animated and at least one was naked from the waist down.  They promised to “make Fremont great again” and to build a wall and make Wallingford, the neighboring suburb pay for it. 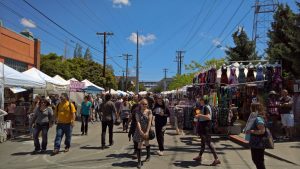 In addition to the parades there were the markets with many different stalls selling all sorts of clothes, art, nick-nacks and food.  Buskers were also out in force as were people soliciting signatures for various political causes and ballot measures. 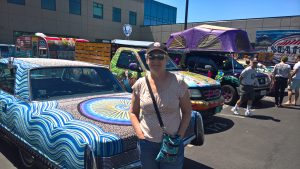 Next up was the art car exhibition.  Some of these were inventive, some whacky and some downright scary.  One interesting one was a camper complete with drawings of koalas, goannas, kangaroos and the poem “I love a sunburnt country” emblazoned on the side. 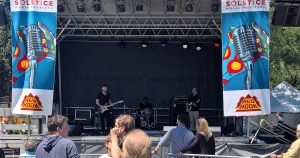 There were also multiple stages with live music and associated beer gardens. We took the time to listen to a couple of bands (over an adult beverage of course) and the music was pretty good.  One thing we noticed this year was a much stronger police presence than we’ve seen in the past together with a mobile precinct and many vehicles.

We had a great weekend – it is amazing some of the events and activities that take place in our neighborhood, but then again it is the center of the universe! 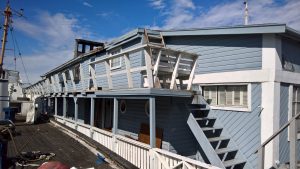 We’re now making some progress with building a new houseboat.  We closed on purchasing an old, rather disheveled houseboat built on a wooden barge hull that was originally constructed as a pile-driving barge in the 1930’s.

It finally received the all important FOWR (floating on-water residence) permit which was a condition of closing the deal.  Now we are waiting for a slot to open up at the dry dock so we can move it there and then destroy it. 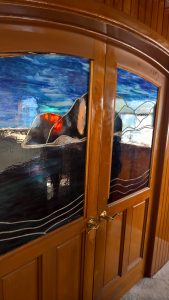 In the meantime both Alice and I have visited it.  I went just prior to closing the deal and along with Mike our neighbor made bids on some of the items the previous owner was intending to remove – it was a like an episode of the reality TV show “Pickers” as we bartered back and forth on the items.

We ended up with some very cool stained glass doors, a 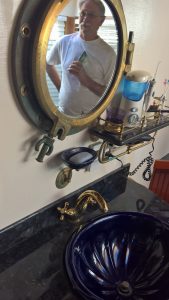 This houseboat must have been party-central in its heyday in the 1980’s.  It had a steam room complete with a floor that raised hydraulically to expose a large hot tub, a very large shower, a “ballroom” with chandelier and disco ball and much more.  I can only imagine what went on…

It was also used as a centerpiece for Seattle’s Seafair festival, apparently sponsored by Budweiser complete with a 30ft beer bottle which was used as a sighting point for the Blue Angels when they conducted their aerial acrobatic displays.

Now we’re working with Mike, a naval architect and the attorney to finish design, get city approvals and hopefully get the build underway – it is bound to be an exciting adventure!