It’s never a dull moment living next to the rowing dock.  Although it’s mostly used by the Lake Washington Rowing Club, other uses include for kayaks, canoes, paddle boards, power boats dropping off or picking up people, and occasionally by other craft.

A week ago, a float plane arrived to drop off some passengers.  It’s not everyday that a plane taxis down the marina so it caused a little excitement but the pilot was very professional and was soon back on his way. 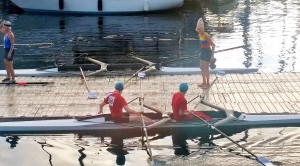 Even the rowing club brings more than the usual entertainment at various times, such as this weekend when some type of fun-row event must have been happening.  Along with various wizard and goblin costumes was one scull that went all out with a panda theme (including vegetation) and others wearing cone heads, thing 1 & 2 outfits and a horse’s head.  All in keeping with the generally whacky Fremont vibe! 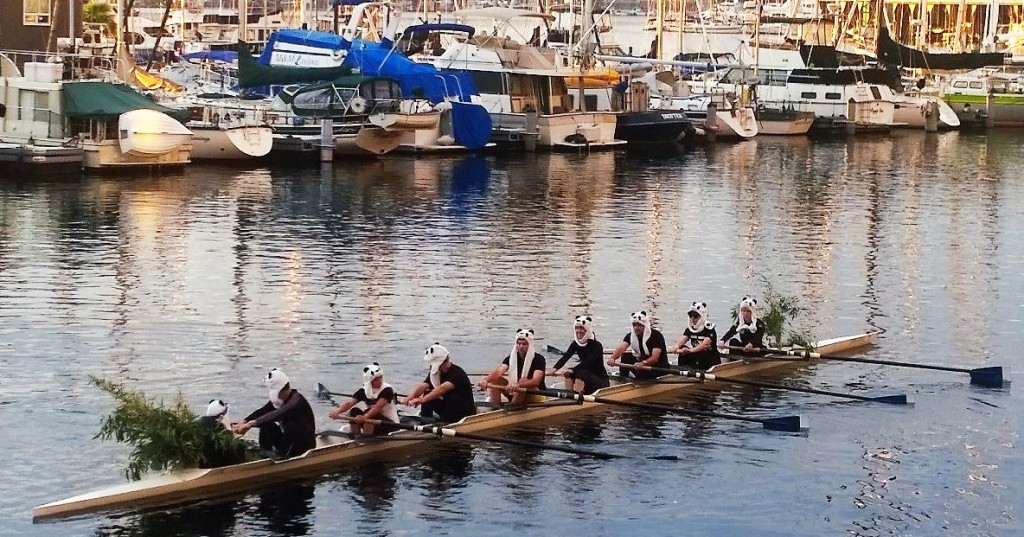 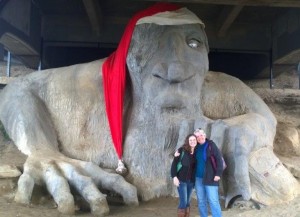 Fremont has a number of interesting outdoor art – from topiary dinosaurs to a troll that lives under the Aurora bridge to various statues as well as a rocket.  These tend to participate in various festivals and celebrations, particularly around Christmas.  Here is the Fremont Troll displaying Christmas spirit. 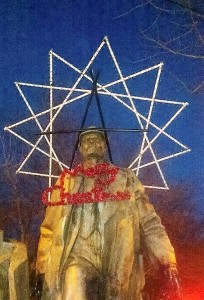 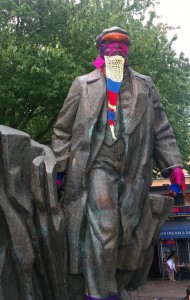 Interestingly the statue of Lenin also gets into the act, which is somewhat ironic.  Of course Lenin also gets dressed up at other times as well – I’m not sure why the knitwear given this was during the height of summer.

We also have the 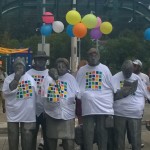 “Waiting for the Interurban” which gets dressed up very regularly  – this time to celebrate the Geocaching (see prior post on this event). 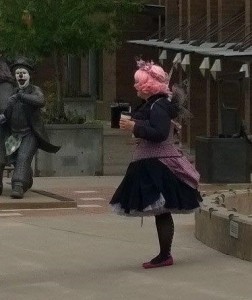 I was thinking about the street art because not all is inanimate  – just this weekend we spotted the Fremont Fairy hanging out and talking to people.  You never know who you’ll meet at the Center of the Universe that is Fremont.