Thanksgiving has come around again and Kaitlin and Adam came to spend the week with us.  It’s always great to spend time with them and even better this time as we managed to get away for a couple of days to Rosario resort on Orcas Island in the San Juan Islands. 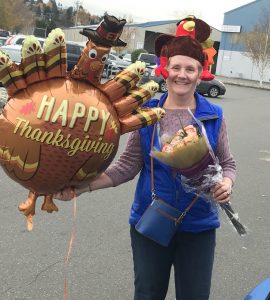 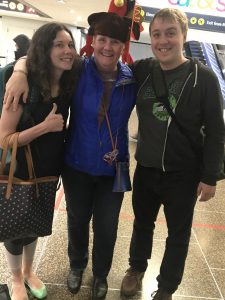 Of course the first event was picking them up at the airport as Alice had to live up to her reputation and an outlandish outfit or accessory to greet them.  She kept to the Thanksgiving theme with turkey headgear and a very large turkey balloon. 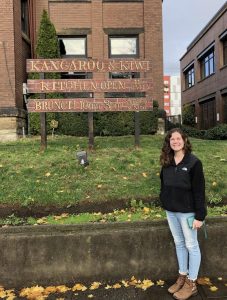 They spent a few days with us on ‘Alice” the houseboat, with Adam working remotely and Kaitlin visiting friends and even managing to get lunch at the Aussie pub in Ballard.

Then it was off to Anacortes for the ferry ride to Orcas Island.  It’s always a very relaxing way to travel and our goal is to ride every ferry route in the Pacific Northwest.  Rosario resort is a wonderful old place with an interesting history and is very well maintained.  Mr Moran who built the property after being a successful shipbuilder in Seattle also donated 5,000 acres for the Moran Statge Park. 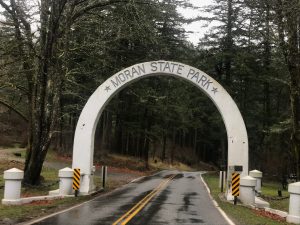 Kaitlin heard there was a nice waterfall – Cascade Falls so she decided we needed to go on a hike to it.  So on Thanksgiving morning, she and I braved the wet weather and headed off around Cascade Lake and ended at the falls. 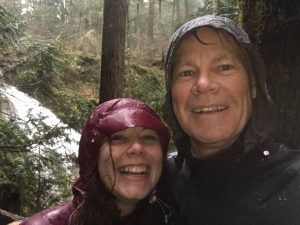 It certainly was very pretty and although we looked like drowned rats, we enjoyed the six mile hike. 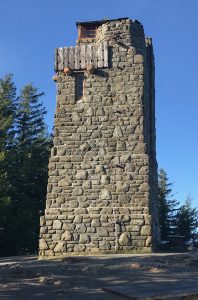 That afternoon, Alice and I took a drive to the top of Mt Constitution which has a tower on the top that provides fantastic 360 degree views. 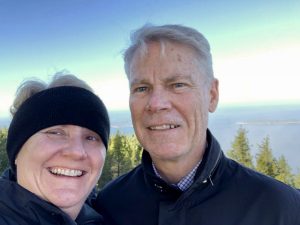 As our neighbors, Mike and Patti, and their family and friends were also at Rosario, we all got together before dinner for a champagne toast. 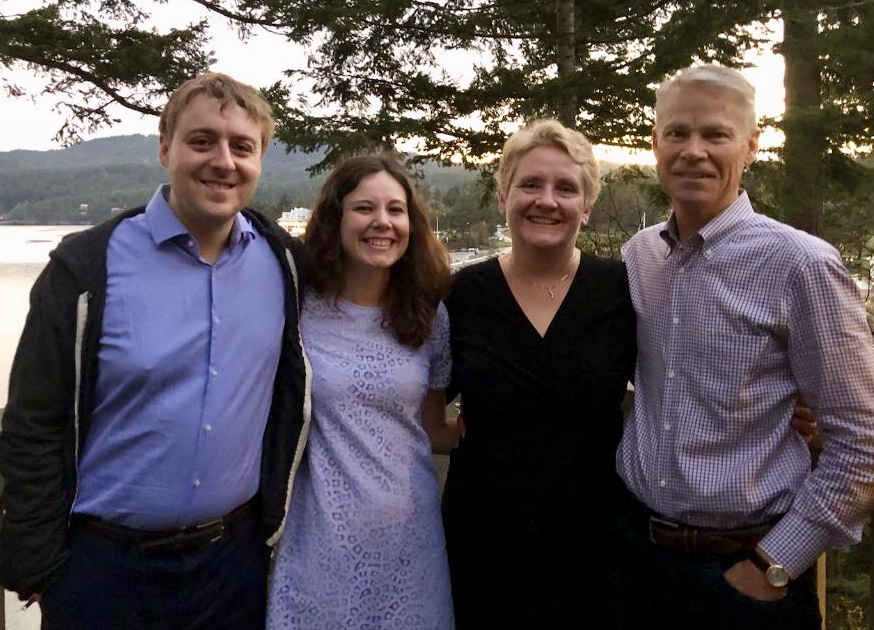 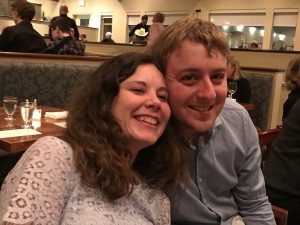 After a truly wonderful Thanksgiving dinner buffet, we all managed to stumble back to our rooms.

The next day was the return back to Seattle on the ferry before we all resume our busy working lives.  It was a great time together and we certainly enjoyed the break and are so thankful that Adam and Kaitlin decided to spend time with us. 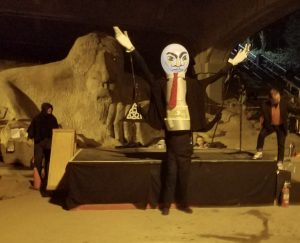 This week was Halloween and of course Alice was super excited.  The birthday of the Fremont Troll who lives under the Aurora Bridge is celebrated on Halloween in a special event called “Trolloween”. 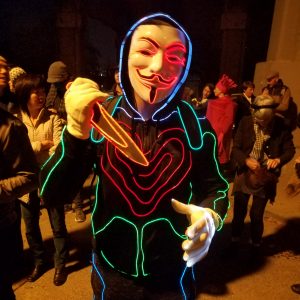 Typically this involves quite a crowd of costumed revelers gathering at the Troll on the evening of Halloween to see an amateur play (yay!), maybe hear some political speeches (boo!) and as legend has it, if you make enough noise the Troll may very well wake up. 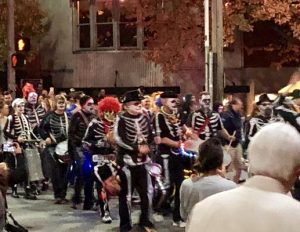 The play is followed by a parade to downtown Fremont and dancing in the streets – suitably monitored by the local police.  We joined in the celebrations with our neighbors Mike and Patti and had a grand time, which was made more fun by haveing some cocktails at the Irish Pub and the Barrel Thief.

Also this week we had to attend another concert by Johnny Clegg, the South African musician, on his “Final Journey” world tour.  Alice is a big fan and earlier in the month we had taken a red-eye flight to Boston and watched his first North American show there before I then flew on to Europe for business. 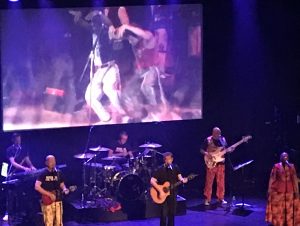 This was a great show, and it was very encourage to see Johnny who was in remission from pancreatic cancer performing for two hours solid with a lot of energetic dancing including some aggressive Zulu dancing.

The following day we attended a small gathering where Johnny was interviewed and gave a very good insight into his life and how he operated with a mixed-race band during South Africa’s apartheid years.

The unfortunate aspect of the Boston adventure was that they were not very organized with their merchandise and Alice was unable to buy a t-shirt.  Not to be denied, Alice discovered they had added a Seattle concert to their tour and so she bought tickets to their concert which happened to be the evening following Halloween.

It was another great concert, but the intensive touring was taking a toll as Johnny’s voice was a little harsh and he was not quite as energetic.  They also took an intermission which they didn’t in Boston.  This was the second last concert of the tour, so hopefully Johnny and the band can get some rest and feel much better.

All in, it was quite a busy week for us socially!