We’ve had a truly remarkable weekend of fabulous weather.  After a very long and wet winter, Spring continues to get better.  This weekend we hosted our annual Spring Open Houseboat, which was well-attended and everyone had a good time mixing and talking and of course drinking and eating some delicacies from The Australian Pie Company in Burien.

After all of our guests had left, there was a wedding party taking photos on the dock.  A police harbor patrol boat came along and put on quite a show with their water jet. 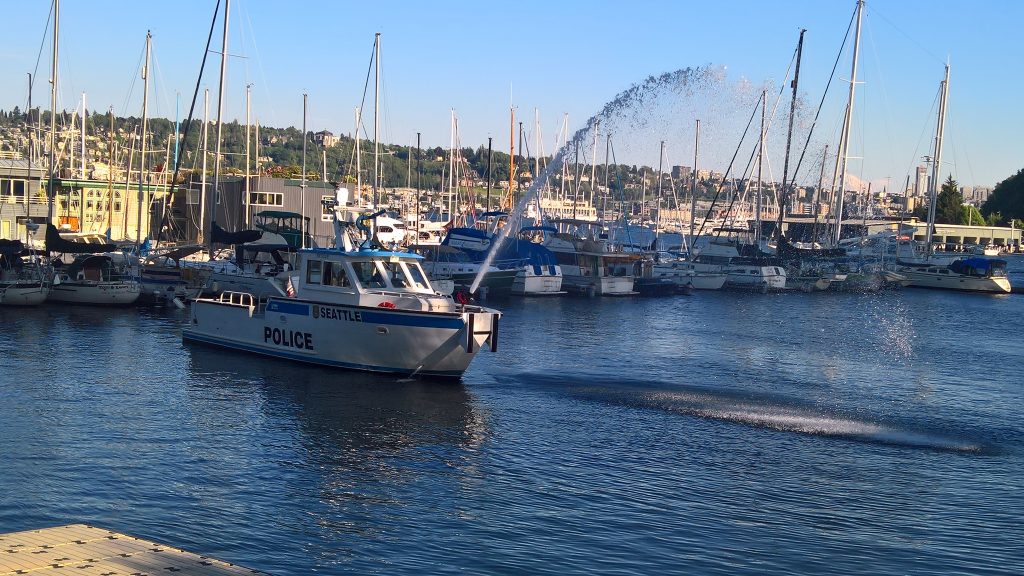 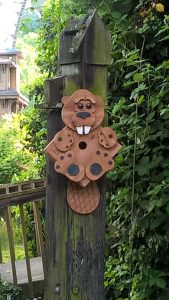 The Fremont markets were very busy which is not surprising given how wonderful the weather has been.  At the market Alice saw a very cute bird feeder in the shape of a beaver.  So now we have another beaver on the dock to keep Justin and his beaver family company.  A small bird was checking it out very soon after I hung the feeder up. Very cool!

It’s been a great Spring weekend in the Center of the Universe – just in time for the opening weekend of the boating season.  I managed to get out for a paddle on both days and also managed to stay upright on the paddle board, which I was proud of given the number of boats out and the number that still haven’t figured out that Lake Union is a no-wake zone. 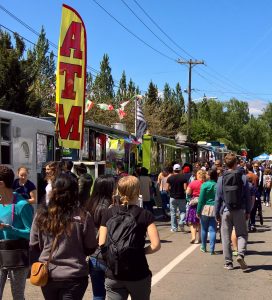 Fremont is hopping today for the return of the Food Truck Rodeo.  A large number of food trucks selling all sorts of cuisine including Salvadorean, Mexican, Afghan, Japanese, Hawaiian, BBQ, Indian and British.  The longest line seemed to be for the street mini-donuts which surprised me. 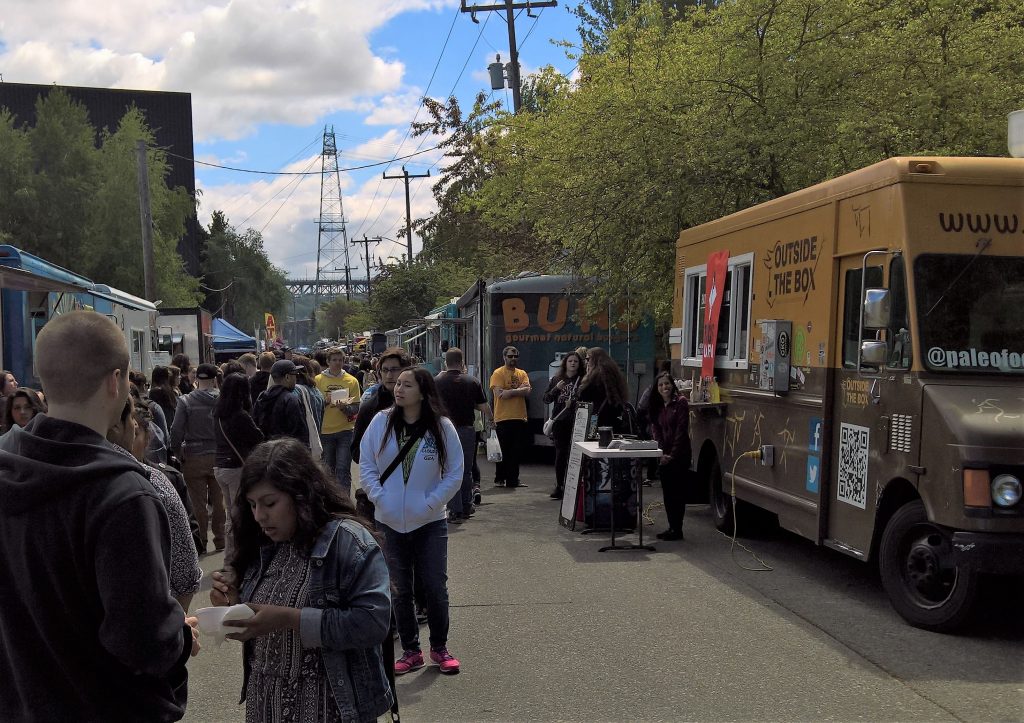 The crowd was large outside the Fremont Mischief Distillery and Mike, Patti and their staff were kept busy keeping up with the people how wanted to have tastings.

I keep thinking how lucky we are to live in such a fun location!