Well the time finally came for us to move off the dock.  We’ve had a wonderful four years there but now that we’re looking towards our move to Hawaii, we figured it would be fun to experience a different part of Seattle.  It is bitter-sweet to be leaving the dock as we had great neighbors and truly enjoyed the Fremont lifestyle as well as our relative peace and quiet in a large city. 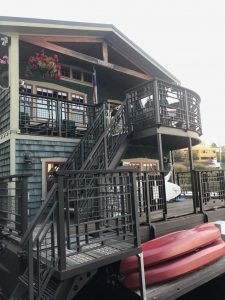 We said our goodbyes to ‘Alice’ and the neighbors. We’ll certainly miss the fun times we’ve had with them.

We also sold the KatieG to our friends Kevin and Linda.

Our new apartment is right in the middle of the downtown action overlooking Pike Place Market and with fabulous views out over Puget Sound.

Of course moving is never fun, but we’ve now finally unpacked all the boxes in the apartment, but haven’t really been game to tackle the spill-over boxes and other items now in the storage unit at the apartment complex. 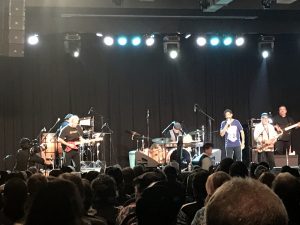 As a reward for moving, we went to Tulalip casino for a night away and a concert by War.  Very fun!

We’re already enjoying being so close to the markets and took advantage of the really nice October weather (for Seattle) to have a light dinner on the rooftop terrace.

We’re now looking forward to trying out all the local bars, restaurants and coffee shops – given how many there are with a 3 or 4 block radius it may take us a while.  Alice went to Sacramento this weekend to spend some time with her sisters, and so I go a head start by making my way to the Lava Lounge – a little piece of Hawaii tiki-ness in Seattle.

After what seemed a long time from when it was first planned, Grant and Luke were married in Seattle over the weekend.  It was a very special occasion made even more so by the number of Aussies who made the journey over for the celebration.

Grant and Luke came over early so they could get their marriage certificate sorted out.

Of course we also had to spend some time in Fremont Brewing – because beer matters! 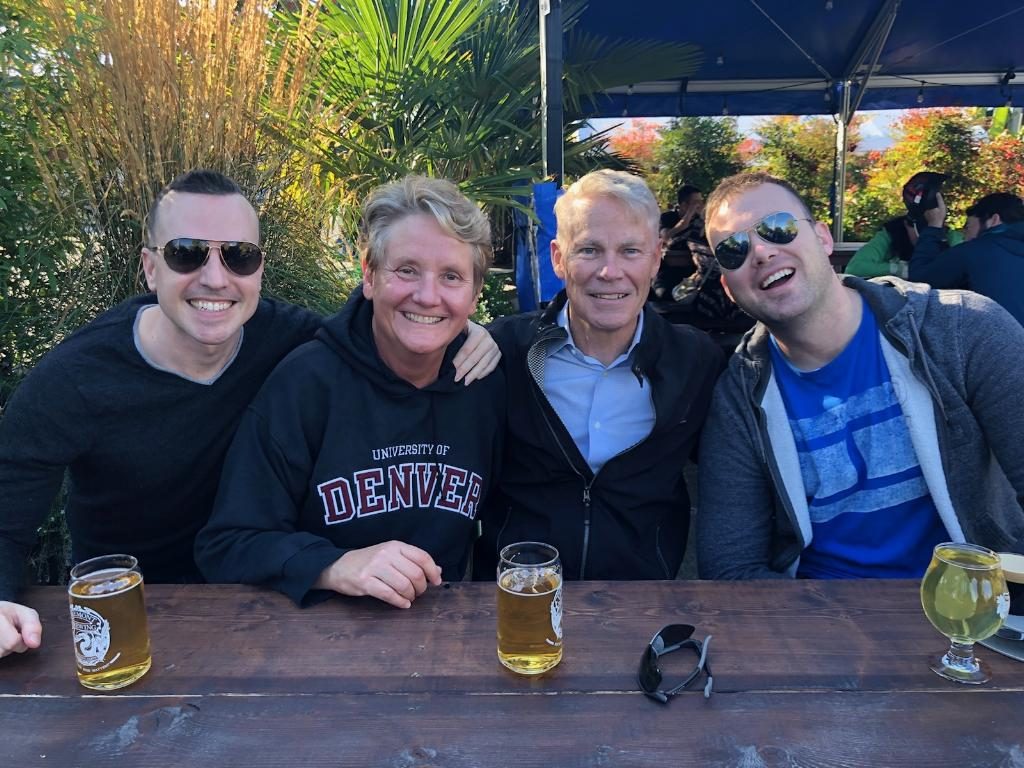 The weekend started with a welcome party at the Mischief Distillery in Fremont (owned by our friends and neighbors Mike and Patti).  Alice made a nice speech explaining how she had behaved at the airport when she picked them up at the airport but of course she couldn’t maintain her good behavior all weekend.

So she proceeded to produce shirt with Grant’s baby photo, unveiled the “sponsor” of the event to be Bundaberg Rum (complete with flag) much to Grant’s dismay and then showed a photo-montage of both boys from their baby photos through to present day. 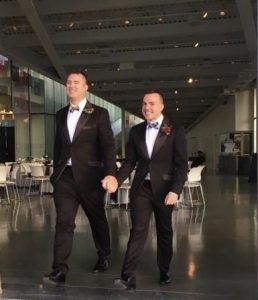 The weather on the wedding day was brilliant for Seattle in October – some clouds early followed by a clear sunny afternoon and evening making for a great atmosphere for the photo sessions.  The ceremony was very moving and the boys looked very happy. 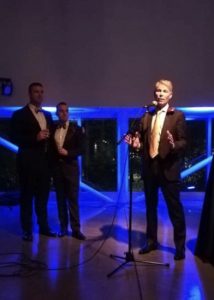 Afterwards I had the pleasure of making a short speech and naturally, there was much merriment and of course dancing. 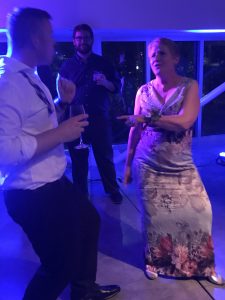 It was the Aussies who shut down the event even managing to extract some additional bottles of wine to be taken back to the hotel for an after party in the lobby. 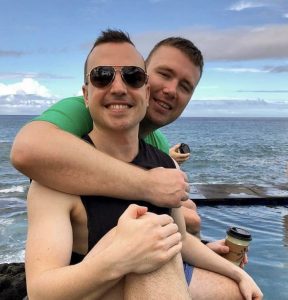 Now the boys are enjoying a honeymoon at our Hawaii property.

All in all a truly great event and now it’s time for Alice and I to move house – more on that later.