Alice and ran away to the Salish Lodge on the Snoqualmie River this weekend.  The lodge is a great building that has been operating since 1919.  It has a beautiful outlook over the Snoqualmie Falls.  We had a great evening with a tasty dinner and a nice bottle of wine and managed to sleep for more than nine hours for the first time in long while. 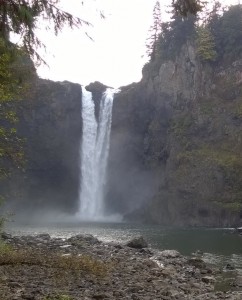 The falls power the first underground hydroelectric power plant built in the United States – really quite impressive engineering with original plant built in 1899.

The trail down to the river weaved its way through the surrounding forest which was looking very much like Autumn with many of the trees turning golden brown and reddish tints.  All in all a great mini-getaway. 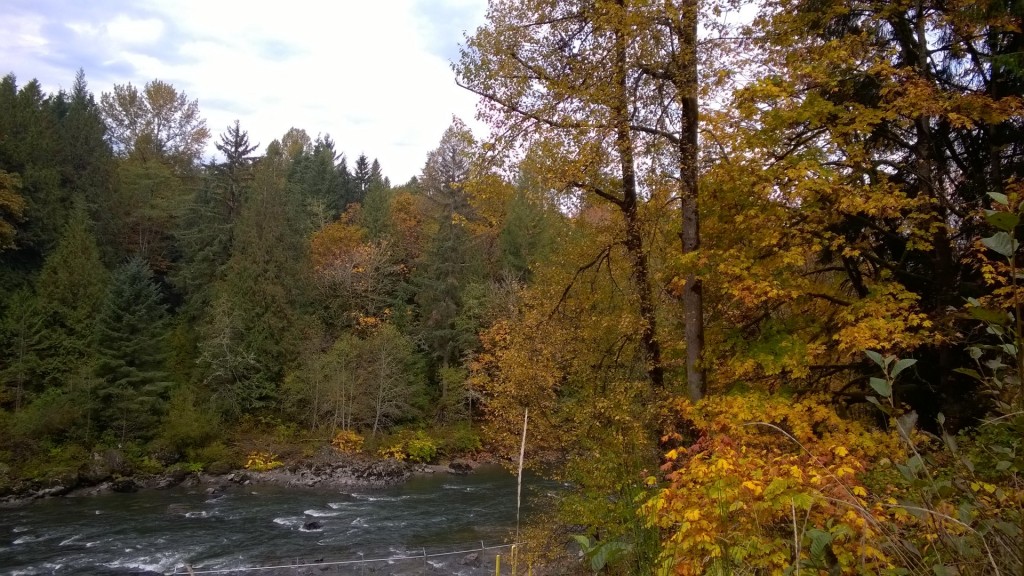 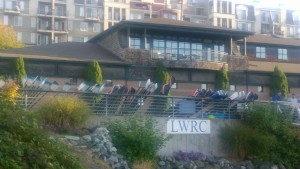 A couple times a year the Lake Washington Rowing Club (confusing since it’s really on Lake Union) holds a regatta and they have clubs from across the north west attend.  This weekend the regatta started with quite a number of boats already in the surrounding parking lots by around 6:30am.

The number kept growing through the morning until there must have been more than 60 boats and crews from single skulls to doubles, quads and eights.

The activity on the dock was something to see and the dock master was acting like the traffic controller on an aircraft carrier as he directed boats arriving and leaving.  Crews seemed to be across the local north west area as well some crews from Alaska – very much the spectacle!